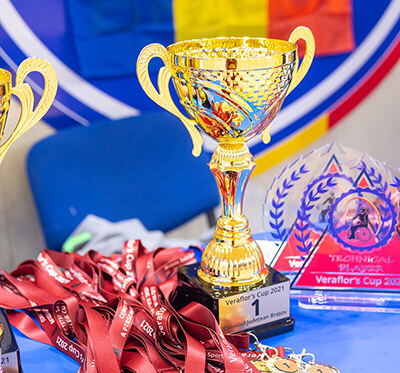 A thrilling four-nation sporting event for people with disabilities has been staged in Romania – and Dexion Romania were proud to be co-sponsors. 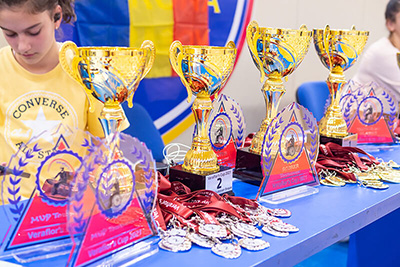 The inaugural Veraflor International Handball and Basketball Cup was held at Brasov – the first of its kind to be hosted in Romania, open to teams from other countries. Dexion Romania were delighted to be among the main sponsors, plus we provided a team of volunteers to help run the two-day event.

Other sponsors included Brasov County Council, while the Brasov City Hall provided the participating teams with free transport, specially adapted for people with disabilities. Transilvania University of Brasov was also an event partner.

Six teams competed – three from Romania, with one each from Ukraine, Turkey, Bulgaria. Unfortunately, two other nations, Moldova and Hungary, were due to participate, but had to pull out due to Covid. 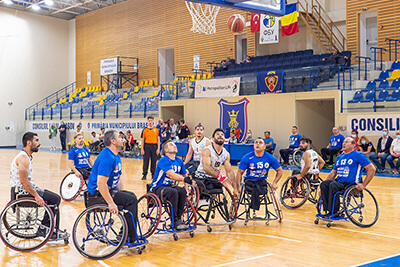 After closely fought competitions, which saw some 60 athletes taking part, victory in the basketball went to the Turkish team and glory in the handball was claimed by home side Veraflor Brasov.

The win by Veraflor was particularly sweet, as theirs was the first wheelchair handball team to be set up in Romania. Their team was created thanks to the hard work of team coach, Veronica Mîndrescu, who started with just three or four players five years ago, and has now built a team of 15 athletes.

Wheelchair handball is not yet an Olympic sport, but may soon be included. In fact, the winning Romanian team, made up mostly of athletes trained in Brasov, has already participated in a European Championship, in 2019. 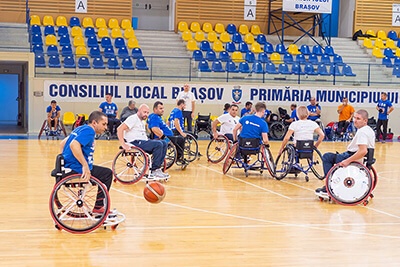 Brian Howson, Managing Director of Dexion Romania, along with representatives from Metropolitan Life and the Vice President of Brasov County Council, Zoltan Szenner, presented the winners with their awards.

“Were delighted to have an opportunity to sponsor the Veraflor cup and to help by providing volunteers to run the event,” said Brian.

“It was a great sporting occasion, which brought together some fantastically skilled athletes from four countries, who demonstrated that disability is no barrier to sporting excellence. The event fitted in perfectly with Dexion’s policy of supporting the communities in which we are based.”

Games of handball and basketball for people with disabilities are shorter than standard games, and the rules are adapted to meet the athletes’ needs.

Alongside the competition, workshops were run where young people could experience what it is like to play basketball and handball while sitting in a wheelchair. More than 100 children got a chance to take part in the workshops.

Also attending the event was Allen Coliban, Mayor of Brasov, and Anca Dragu, President of the Romanian Senate, who was also given a taster of what it is like to play sport in a wheelchair.

Lucian Cazacu, who led the Dexion Romania team of volunteers, said: “Part of what attracted us to the event as sponsors was the opportunity children were being given to understand a little of what it is like to be in a wheelchair. So there was a great educational element as well as the sporting spectacle. It also helped to break down barriers between able-bodied and less able-bodied people.” 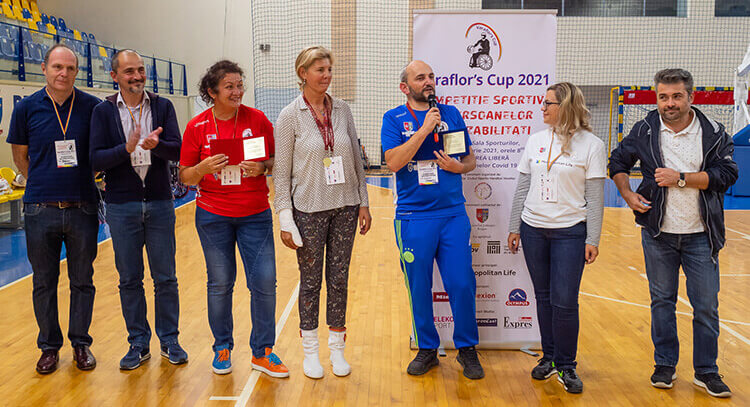 During the two-day event, Covid restrictions were in place to ensure the safety of the competitors and the spectators. Access to the event was made only with a green certificate, and everyone had to carefully follow all covid-related regulations. We were pleased to learn none of the participants, organisers or attendees fell ill after the event, despite it taking place in the peak of Phase 4 of the pandemic.