Demand for warehousing set to grow across Europe

Demand for warehousing across Europe is rocketing, fuelled by the rise of ecommerce, according to experts at international land agency Savills.

And the increase in demand is by no means small. Savills research predicts a rise in demand of 8.6 million m² of warehouse space in Europe between 2021 and 2025.

One cause is clearly the explosion in ecommerce. The pandemic, forcing shops and businesses to close during lockdowns, meant people turned to online shopping and home delivery. Effectively, the pandemic has accelerated the growing trend for buying online.

Mike Barnes, Europe Savills research associate, said: “In the context of the pandemic that we’re going through, we've seen spectacular growth in online shopping in 2020.” 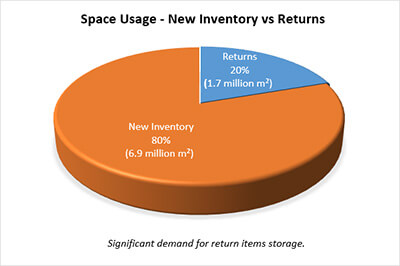 But not all demand for warehousing will be attributable to purchases. A significant proportion will be dedicated to reverse logistics, where packages are returned.

Some 1.7 million m² of the 8.6 million m² - or 20% - will be devoted to dealing with return orders. Mike Barnes added: “While we plan to streamline retailer omnichannel strategies to reduce the number of returns, there will be significant demand for storage space for both new inventory and returns.”

Different European countries are at different stages in the process of planning and implementing a strategy for increasing warehouse capacity and using different approaches.

Alexandre Fraigneau, transaction director of Savills France, said: “There is no one-size-fits-all solution for returning goods, as consumers value convenience. Distributors and parcel delivery companies take into account current developments and seem to be adapting more and more the layout of their warehouses.” 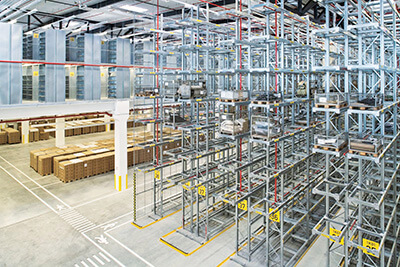 Savills, working with UKWA, has also conducted a specific study into what has been happening to the warehousing sector in the UK market, which will no doubt mirror what is happening across the rest of Europe.

While in 2015, the dominant occupiers of warehouses were high street retailers, this has flipped with 3PLs increasing occupation levels by 42% and online retailers increasing warehouse occupancy by a phenomenal 614%!

Other notable sectors to see an increase in warehouse space are the wholesale and parcel sectors, which have benefited from the continued shift towards online retail. These sectors have seen their footprints increase by 73% and 51%, respectively. 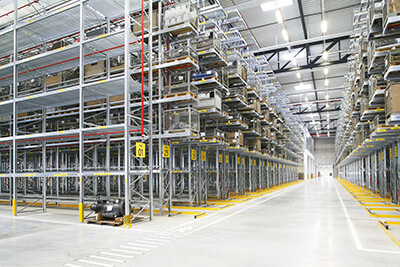 Overall, there has been an increase in warehousing units since 2015 of 32% and a trend towards bigger warehouses.

The report has also looked into sales of warehousing and how these existing units are now being used. Online retailers have gained the most space in the second-hand market, accounting for a net gain of almost 8million sq ft.

At the same time, manufacturing companies seem to be trading up and moving from older premises to larger, more modern facilities, so their overall footprint has increased since 2015.

CRBE’s prediction of an increase of $1.5 trillion (1.3 trillion Euro) in ecommerce sales worldwide in the next 5 years will require an extra 1.5bn square feet of space worldwide with 298 million square feet required in Europe. One of the largest ecommerce markets is the UK with 32% market penetration. Followed closely by The Netherlands at 26% and Czech Republic at 20%. 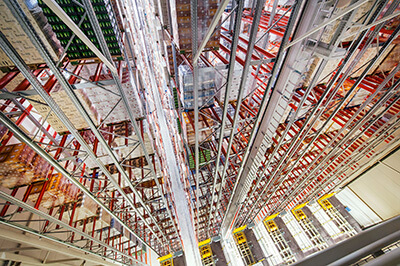 Tasos Vezyridis, head of industrial and logistics and retail research at the CBRE, added: “The European market is relatively polarised in terms of e-commerce penetration.

“There are a number of markets, including the UK, Germany, Sweden and The Netherlands which have many of the drivers already in place to facilitate high levels of e-commerce and this was accelerated during the pandemic.

“However, we believe many of the less established markets such as Portugal, Italy and Spain will see higher growth over the next five years and will start to catch up with the already dominant nations, resulting in growing demand for Logistics space in these markets and across Europe.”

Online estate agent Rightmove has reported frenetic activity in the warehousing sector, with a huge increase in searches for commercial warehouse and storage depots. 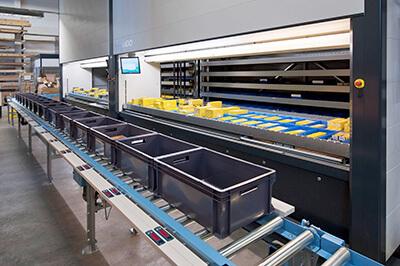 Alex Solomon, director of Rightmove’s commercial real estate portal, said: “There’s been a greater need for warehouses of all sizes to respond to the increased demand from people shopping online, which has led to demand in the industrial and warehousing sector going into overdrive.”

Given the forecast increase in demand for new warehousing, coupled with rising demand for existing stock, the question for warehouse owners is how to make best use of a new warehousing space, or adapt a current space to optimise its use.

Warehouses need equipping with racking, shelving and so much more – a full warehouse solution, be that manual, semi-automated or fully automated. This is where our expertise is invaluable, as leading designers, manufacturers and suppliers of warehouse storage equipment. Why not talk to our team about your warehousing needs.